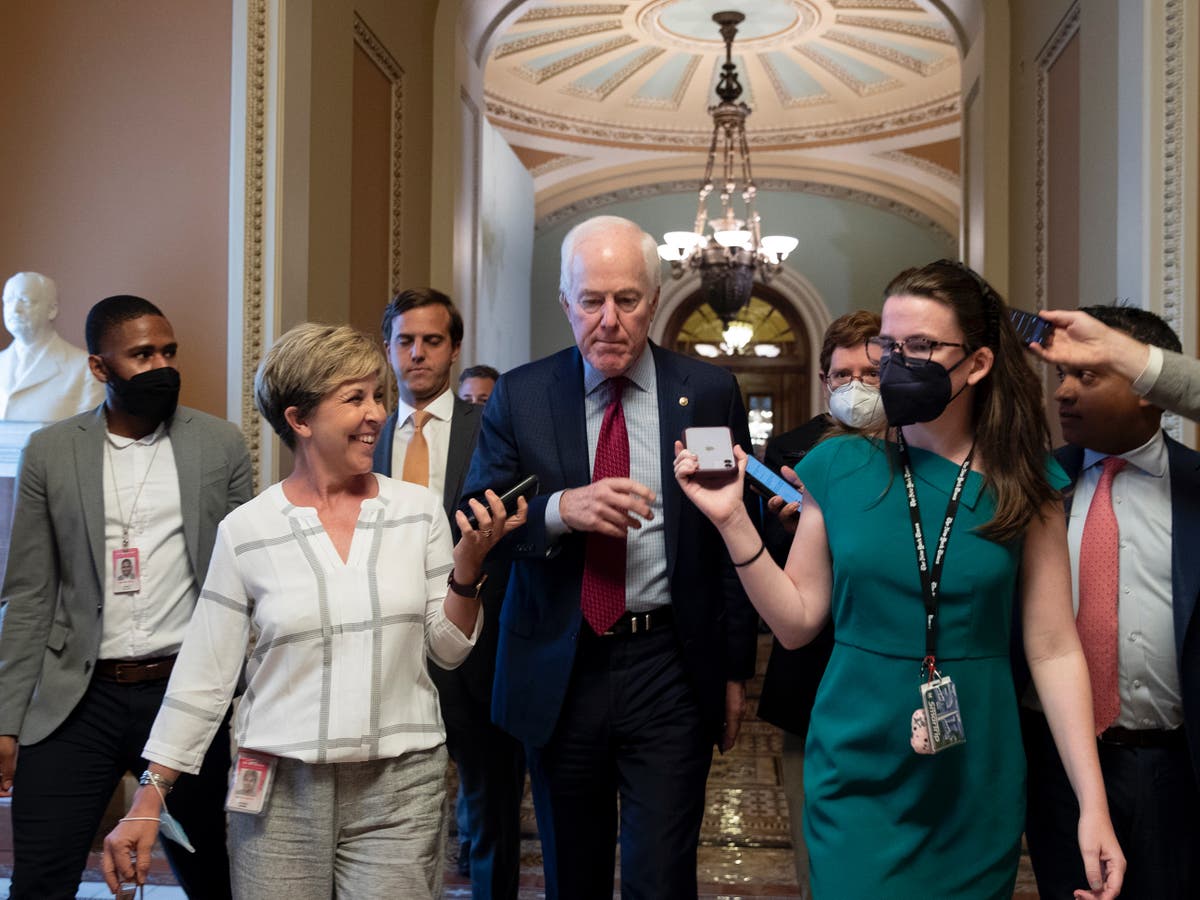 On Sunday, a group of 20 Senators – 10 Democrats and 10 Republicans – announced their framework on gun safety legislation. Democrats likely won’t be too enthused about the inclusion of mental health provisions, while Republicans don’t like elements such as the enhanced review process for people younger than 21.

But even as he admitted its imperfections, Connecticut Senator Chris Murphy, the lead Democratic negotiator, insisted it marks a step in the right direction. Meanwhile, gun violence prevention activists like Shannon Watts over at Moms Demand and Fred Guttenberg, whose daughter was murdered at Parkland in 2018, lauded the deal.

The announcement came after weeks of negotiations, which opened up when Senate Minority Leader tasked Senator John Cornyn to start talking with Murphy and Arizona Democrat Kyrsten Sinema. Republican Thom Tillis of North Carolina then became the fourth Senator in the main negotiating group, with a larger cohort helping with the rest of the details.

McConnell’s blessing might be surprising, given that he enjoys an A-plus rating from the National Rifle Association’s political arm, as do Cornyn and Tillis. But as former Independent Washington correspondent (and your reporter’s former Roll Call colleague) Griffin Connolly said last year in regard to the infrastructure bill, McConnell – by far the savviest political operator in Washington – needs to concede some items as a means to preserve the filibuster.

If he can allow for some modest changes to gun legislation, he can preserve at least some credibility for the Senate, allowing him to insist there is no need to get rid of the 60-vote obstacle. Sure enough, the proposed framework doesn’t ban assault weapons, raise the age for purchasing them to 21, or ban high-capacity magazines. If the legislation has buy-in from Democrats, including mainstream ones like Murphy and Cory Booker of New Jersey, that gives it some legitimacy.

But there is also a hard truth underneath the fanfare: Most of the Senators in the negotiations are only doing so because they do not face any political headwinds.

Of the 10 Republicans on board, Pat Toomey of Pennsylvania, Richard Burr of North Carolina, Rob Portman of Ohio and Roy Blunt of Missouri are retiring this year, meaning they don’t have to worry about the wrath of primary voters who consider them insufficiently conservative.

On top of that, five more – Cornyn, Tillis, Susan Collins of Maine, Bill Cassidy of Louisiana, and Lindsey Graham of South Carolina – just won re-election in 2020, meaning they do not have to worry about their electoral prospects until 2026 (assuming they run again).

By contrast, Senator Lisa Murkowski of Alaska faces a primary in August where the top four candidates advance to the general election. Murkowski, who hails from a rural state with a strong hunting culture and whom the NRA endorsed in 2016, needs to shore up her conservative support, especially after she voted to convict former president Donald Trump and to confirm Biden nominee Ketanji Brown Jackson to the Supreme Court.

The only Republican among the group who faces a major risk is Mitt Romney of Utah, who as governor of Massachusetts signed an assault weapons ban. Now that his presidential dreams are in the rearview mirror, he has proven willing to work across the aisle and buck orthodoxy: Along with voting to convict Trump twice, he also helped negotiate the first two rounds of Covid-19 aid and voted to confirm Jackson.

This shows the predicament of legislating. There is too much of an incentive for Republicans to not negotiate when their reelection prospects are on the line – and for the most part, they can only be reasonably expected to govern once the heat is off.

“Tired of the Same Platitudes”
Impatient With Gun Debate, Parkland Survivors Embraced Activism
What is in my bug out roll
FAQ 54 (Searching for Videos)
Who Says Mondays Are No Fun?