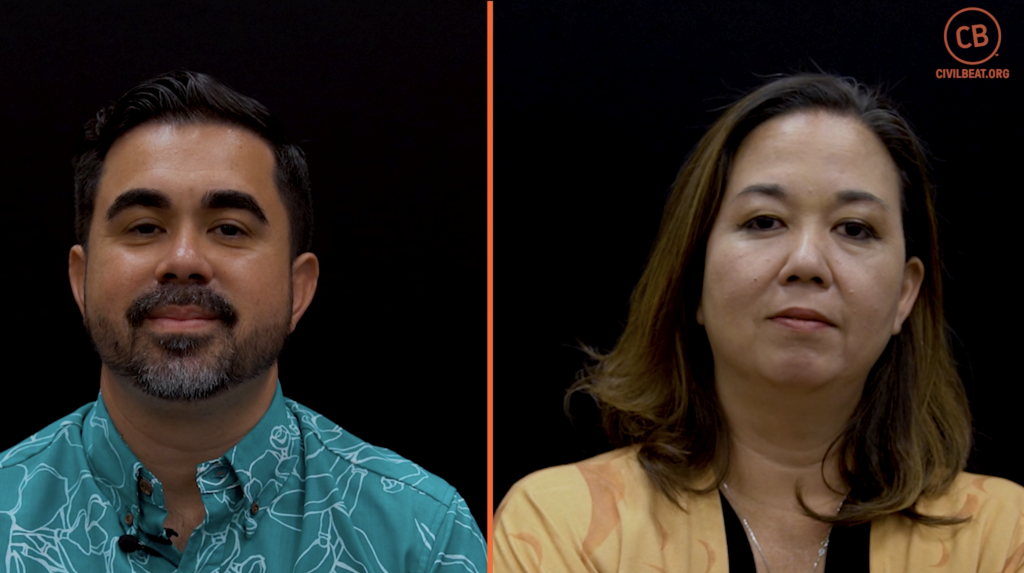 WASHINGTON — Mainland groups are continuing to spend heavily on the Democratic primary race for Hawaii’s 2nd Congressional District, which became an open seat in early May when U.S. Rep. Kai Kahele announced he was running for governor.

Already, the amount of outside spending from special interests — nearly $1.4 million — is the most in a Hawaii House race since 2010 when Republican Charles Djou won a special election to replace U.S. Rep. Neil Abercrombie.

It’s even more than was spent in a tight Senate primary race in 2014 between then-Congresswoman Colleen Hanabusa and Sen. Brian Schatz, who was the eventual victor.

In the past week, two new political action committees have entered the fray on behalf of former state Sen. Jill Tokuda, who polls have shown to be the frontrunner in the race to succeed Kahele albeit with a large number of undecided voters.

The political arm of the Congressional Progressive Caucus reported to the Federal Election Commission that it’s spending $179,000 on direct mail and digital advertising to support Tokuda.

Medicare for All PAC, which was founded by U.S. Rep. Primila Jayapal, a Democrat from Washington who’s the chair of the Progressive Caucus, also reported that it will spend $20,000 on digital advertising in an effort to help Tokuda win.

But the outside money spent on Tokuda’s behalf is far less that what other political groups have poured into the race for Tokuda’s opponent, state Rep. Patrick Branco. Outside groups have not spent any money on other candidates for CD2 ahead of Saturday’s primary.

Branco is a relative newcomer to Hawaii politics who has yet to complete his first two-year term in the Legislature, yet he has a significant financial advantage in the race.

So far, he’s only raised about $150,000 for his campaign, according to his latest filings with the FEC, which is about one-fourth of what Tokuda reported. Branco, however, has the backing of several PACs that have funneled more than $1.2 million into the race to boost his name recognition with voters and bombard Tokuda with negative advertising.

Just this week, VoteVets reported spending another $175,000 on a new series of attack ads against Tokuda for a 2012 endorsement she received from the National Rifle Association as well as hammering her for squashing legislation in 2015 that would have created pesticide buffer zones around schools.

It’s the Oregon-based PAC’s second round of attacks on Tokuda’s gun record and comes just a few days before the primary. Already more than 186,000 voters have cast their ballots, according to the Hawaii Office of Elections.

‘This Has To Stop’

Tokuda and others have accused Branco and his backers of trying to buy the election.

He’s also been criticized for encouraging outside groups to spend money in the race by making it easy for PACs to build ads using images and opposition research talking points posted to his website — something known as red-boxing — along with demographic profiles of specific categories of voters in Hawaii who might be swayed by the messaging.

“This kind of campaigning cannot keep spreading its toxin into Hawaii’s elections,” Tokuda said in an interview with Civil Beat. “This has to stop. Hawaii deserves better.”

For his part, Branco has insisted that he is not coordinating with any of the PACs and that he supports campaign finance reform to reduce the role of money in politics.

“I can’t control what any outside group does, whether it’s spending to boost me or to attack my opponent,” Branco said Tuesday in an interview.

He noted that PACs had invested money in advertising to support Tokuda and called her criticisms of him a “bad faith attack when she’s the beneficiary of exactly what she’s denouncing.”

“It’s that kind of talking out of both sides of your mouth that voters hate,” Branco said.

He also criticized Tokuda for engaging in the same conduct of encouraging outside spending, pointing to photos that she’s posted on her campaign website and a YouTube page with generic b-roll footage.

Tokuda said such comparisons are absurd — “apples and oranges.”

She said it’s clear to whom Branco is talking through his website, and officials with the Campaign Legal Center in Washington have called his posts there an “egregious” act of coordination that potentially violates the law.

Branco disagreed. He said that’s just how he communicates with voters.

He pointed out that it’s common for PACs and other special interest groups to weigh in on federal races throughout the U.S., and said that Hawaii is no exception.

“That’s just the sad state of our politics and why we need campaign finance reform,” he said.

Branco is of Portuguese, Filipino, Puerto Rican and Hawaiian descent, and has received a six-figure boost from the Congressional Hispanic Caucus PAC in his bid to replace Kahele.

Other groups that have thrown money behind him include two PACs affiliated with the cryptocurrency industry and Mainstream Democrats, which supports moderate and centrist politicians.

He denounced VoteVets’ most recent attack ads targeting Tokuda and linking her with school shootings, including in Uvalde, Texas. He described the ad as “sensationalist” and said that it should be pulled from the air.

He did not issue a comparable condemnation last month, however, when VoteVets aired a similar ad criticizing Tokuda for being endorsed by the NRA while images from Uvalde played on screen.

Tokuda said she appreciated Branco’s recent statement about the latest VoteVets ad. But she also made clear that he caused the problem by putting a “road map” on his website.

“We as candidates have to say enough, that we’re not going to be part of the problem,” Tokuda said. “If we want to talk about giving power back to the people and making sure people are the core of the elections then we have to walk the walk.”

Sign up for our FREE morning newsletter and face each day more informed.