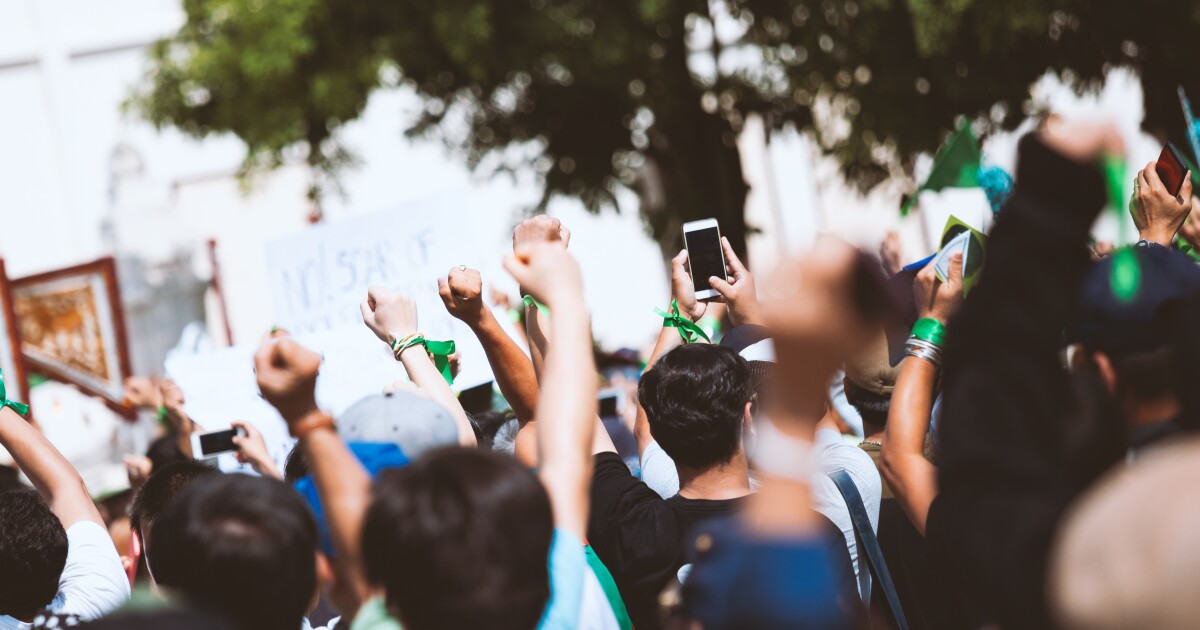 Etiquette experts have long advised that you should not discuss politics at Thanksgiving dinner. This advice makes good sense. Politics can be polarizing and there is little reason to ruin a pleasant meal with an argument.

Most banks should follow the same advice and avoid taking public stands on controversial political issues unrelated to banking. But following this advice is easier said than done.

There is no shortage of groups that would like banks to embrace their causes. Climate change activists hold die-ins at banks hoping to persuade them to defund the fossil fuel industry. Pro-life groups implore depositors to withdraw money from institutions supporting abortion providers. Voting rights advocates urge banks to condemn Georgia’s 2021 voting law. Right-leaning shareholder groups demand disclosures of bank charitable donations that they believe are inappropriately funding left-leaning causes.

A few banks have chosen to embrace a political mission. Amalgamated Bank promises customers that “[w]hen you deposit your money at Amalgamated, it supports sustainable organization, progressive causes and social justice.”

Climate First Bank, a Florida de novo opened in 2021, commits to be carbon neutral and avoid investments in “extractive industries,” while providing loans for clean energy alternatives. Organizers in Dallas are proposing the de novo ProLifeBank, which would avoid funding abortion providers. These financial institutions willingly forgo the customers, investors and employees who disagree with them.

But for most banks, the path forward in a polarizing political climate is fraught. Political issues are contentious precisely because people disagree. Most banks have customers, shareholders and employees who span the political spectrum. Embracing one view alienates those who disagree. For example, after some banks pledged to pay travel expenses for employees who must travel out of state for abortion care, pro-life members of Congress threatened to end government contracts with those banks. Of course, remaining neutral might anger those who hope the bank will adopt their cause.

Regulatory guidance instructs banks to manage “reputation risk”— the risk of negative public opinion or publicity. Regulators, however, do not provide a magic recipe for pleasing everyone all the time.

Bankers may be tempted to make political statements or fund political causes that have little to do with banking. These measures have little upfront cost. With only a few clicks, social media can broadcast the bank’s politics to the world.

However, banks must remember that they rely on trust. If a bank’s political statements are empty virtuesignaling, stakeholders may become suspicious of the institution’s other promises. Unfulfilled promises can also lead to regulatory scrutiny. The Securities and Exchange Commission and the Federal Trade Commission have both prioritized enforcement actions to stop greenwashing and misleading social justice claims.

On the other hand, backing political statements with action can be difficult. For example, if a bank chooses to divest from an industry, it must decide where to draw the line. Should the bank stop services for industry businesses, their executives, trade groups, employees, customers making payments to the industry, politicians supporting the industry or others? Should the bank refuse to do business in jurisdictions whose laws are inconsistent with the bank’s politics? Assessing the risk of each alternative may be hopeless. In some instances, banks have reversed course after their decisions led to unexpected public backlash.

Most financial institutions would be best served by sticking to what they do best. They should provide quality services at an honest price. They should create a positive work environment that rewards employees for their contributions. They should return value to shareholders.

Bank regulators should be even more hesitant to wade into the political fray. The financial system relies on regulators to evenhandedly keep banks financially safe and truthful. Regulators that focus on political issues not tied to banking risk being seen as political shills rather than as competent administrators.

When banks and regulators stick to banking, customers, employees and shareholders are free to support their own causes — but hopefully not in a fight over Thanksgiving dinner.

Forced To Hunker Down – Stuck Under a Tarp in a Big Storm – Flooding Rains and a Fire Cooked Meal
NRA updates grades, endorsements for 2022; DeSantis, Patronis earn ‘A+’
FAQ 57 Stand Your Ground
BLADE Show West Set To Take Over Salt Lake City
What Camping in the Rain Can Be Like – Heavy Rain and Storms – #Short – Full Adventure Thursday