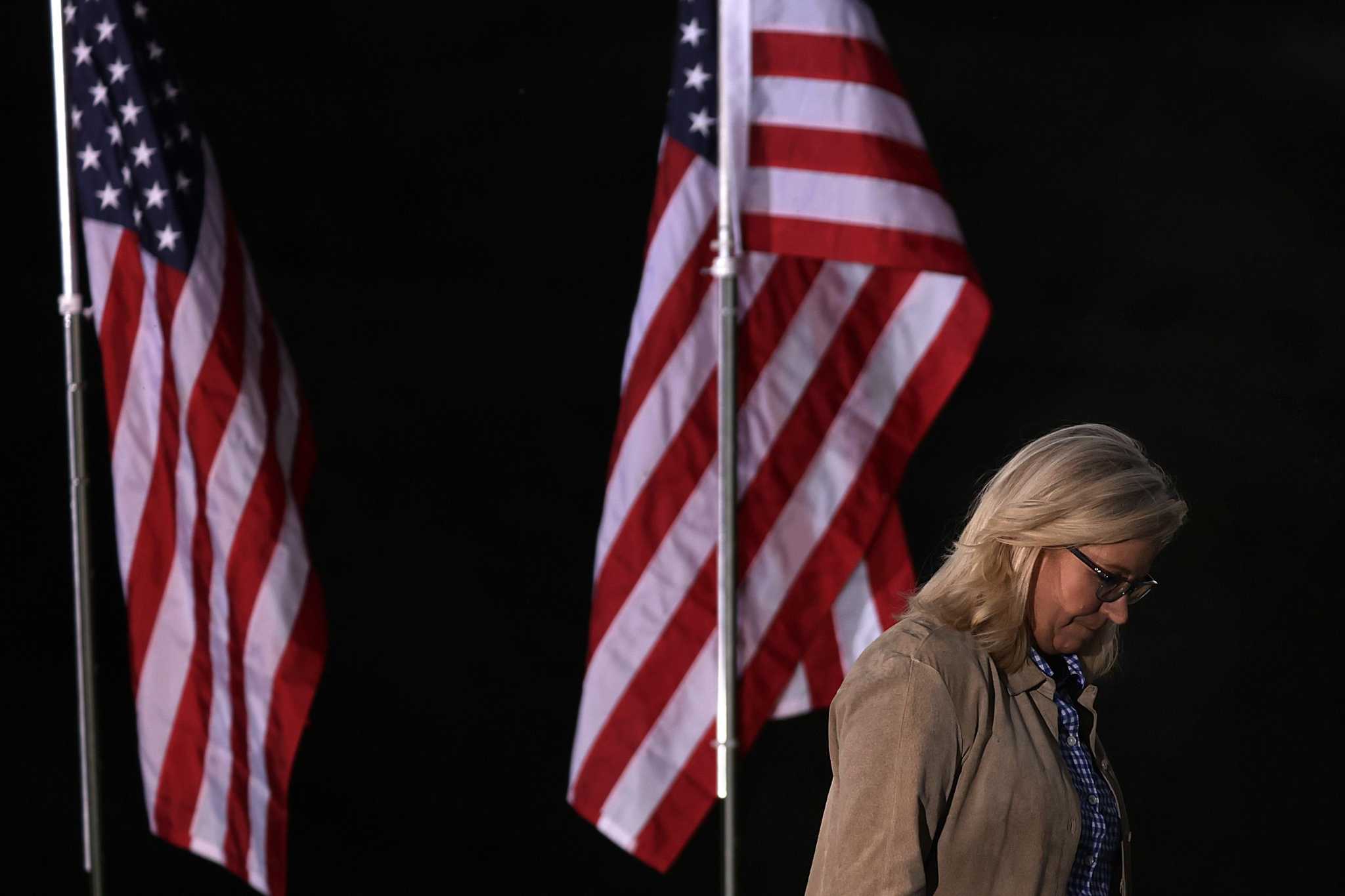 Two years, a pandemic and an entire political lifetime ago, U.S. Rep. Liz Cheney cruised to a GOP primary victory by 47 percentage points, nary breaking an electoral sweat as her Wyoming constituents expressed contentment with her rock-solid conservative bona-fides as the No. 3 House Republican.

Then came the Jan. 6, 2021 insurrection, and her subsequent quest to make sure American elections remain secure – and that Donald Trump never returns to office. As she stood before her supporters Tuesday night following a primary loss of more than 35 points to Trump defender Harriet Hageman, Cheney reminded us she could have done what many GOP leaders undoubtedly continue to do: ignore her own conscience, maintain her position of power, and keep on winning.

“I could easily have done the same again. The path was clear – but it would have required that I go along with President Trump’s lie about the 2020 election, it would have required that I enable his ongoing efforts to unravel our democratic system and attack the foundations of our republic,” she said. “That is a path I could not and would not take.”

We used to call people who put country over party patriots. In today’s GOP, they’re pariahs.

After Trump helped incite the mob that stormed the Capitol on Jan 6., Cheney was among 10 House Republicans who voted to impeach him from office. Now only two have survived a gauntlet of forced retirements and electoral shellackings to make the ballot in November.

If doing the right thing – calling out the former president’s blatant lies, and working to maintain trust in the electoral process — is the extreme, radical, “out of touch” position in a party, what has that party become?

We don’t truly believe that Hageman or any of her supporters are busy pondering this question today, but those who stuck by Cheney certainly are, including Texans such as former President George W. Bush and GOP operative Karl Rove, who poured $1 million into her ill-fated campaign. Some, of course, rationalize their abandonment of Cheney by saying she wasn’t elected to follow her conscience but the will of the people she’s representing. Yes, up to a point. If congressional representation were merely a transactional duty in which decisions were formulated by the latest public opinion numbers, why elect a human to do it? Outsource it to SurveyMonkey.

For good reason, Cheney’s stand against Trump has been compared to that of another gutsy Republican woman, Sen. Margaret Chase Smith of Maine, who denounced the political witch hunts of Sen. Joseph McCarthy in a 1950 floor speech.

You don’t have to be a strident Republican voter to find inspiration in Cheney’s bravery and resolve in the face of constant death threats and the certain demise of her congressional career. You just have to believe this country stands for something greater than political self-interest and the ambitions of one very flawed man.

We continue to see examples of Republicans – leaders and everyday people – motivated by a common good, by a desire to let decency take the lead. But their voices, and actions, are being drowned out by a continued fealty to Donald Trump, whose enduring presence has revealed and enabled the worst instincts of the GOP’s membership. There have been signs at times that the party might be ready to move on from the former president but they always seem to fade.

Republican Sen. John Cornyn of Texas, after 19 children and two teachers were killed in a mass shooting in Uvalde in June, steered modest yet still historically significant gun reform legislation through the Senate. Cornyn, whose seat won’t be up for election again until 2026, earned vociferous boos at the Texas GOP convention for his efforts and a rebuke from the National Rifle Association, even though the rare bipartisan legislation doesn’t raise minimum age requirements for assault rifles or ban high-capacity magazines.

San Antonio-area Republican U.S. Rep. Tony Gonzales was censured last week by Medina and Pecos County Republicans for “faithlessness to our party and our principles” for his support of the bipartisan gun legislation, for votes in favor of same-sex marriage, and for acknowledging President Biden’s legitimacy.

There are few political benefits to working with adversaries anymore, or striving to protect children from gun violence, or acknowledging the truth of an election’s clear outcome. Yet our country desperately needs courageous leaders who will do so anyway, if only so that they can sleep at night.

Alas, sleeping is only a problem if you have a conscience. Rarely one to be left out of a pile-on, our own Sen. Ted Cruz called on Wyoming Republicans to vote for Hageman, describing her on Twitter Tuesday morning as a “rock-ribbed conservative who will always defend the Constitution.” Which Constitution, pray tell? The one that sanctions electoral coups?

It’s tough to get more reliably conservative than Cheney, of course, whose sturdy Republican presence in the House meant voting with Trump’s agenda nearly 93 percent of the time – including the opposition to restoring portions of the Voting Rights Act and Affordable Care Act expansion.

The third-term, now-lame duck congresswoman’s name and “2024” are already popping up together in search engines as people speculate about her future. The Republican Party would have to change and change rapidly for Cheney to have any chance in a presidential primary 18 months from now. One didn’t have to look hard for glimmers of presidential ambition from the former vice president’s daughter Tuesday night, as she reminded us of Abraham Lincoln’s failed bids for lesser office on his way to becoming the nation’s greatest of leaders.

While her lane to the White House isn’t immediately clear to us — third-party candidates, for instance, are often viewed in this country as Quixotic meddlers — we nevertheless encourage her to pursue truth and fight for our democracy in any capacity she can.

“This is not a game. Every one of us must be committed to the eternal defense of this miraculous experiment called America,” Cheney said in her concession speech. Her work on the Jan. 6 committee, reminding us of how close our country came to losing so much in early 2021, is essential. One need not agree with Cheney on much politically to respond to her beacon flare for the republic, and to join her in fortifying our Shining City on a Hill from despotism.

We celebrate Cheney’s willingness to put integrity, conscience, and the Constitution, above electoral expediency. Our country is better for it. Cheney is on the right side of history, even if the folks in Wyoming haven’t figured that out yet.