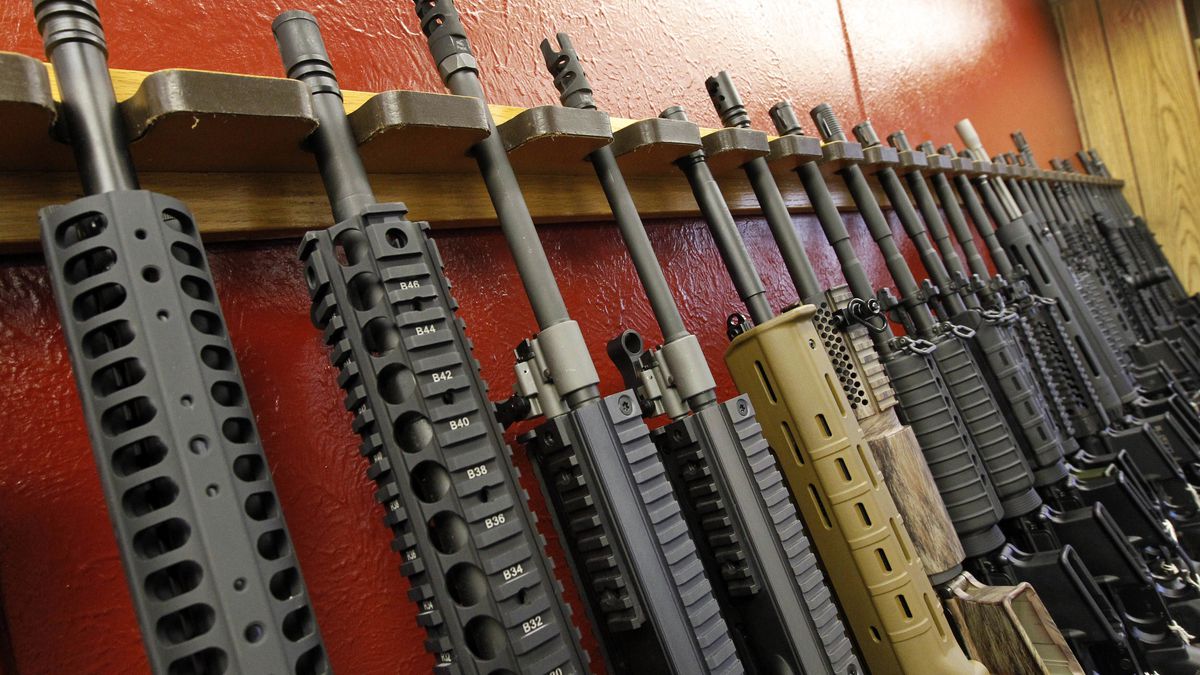 This article represents the opinion of the Tampa Bay Times Editorial Board.

So here’s something you might not have thought possible: In Florida, at least, Republicans and Democrats actually agree on a number of gun control measures that could significantly reduce the appalling death toll in our streets, schools and homes.

In a statewide survey done last month, large majorities in both parties told researchers they support universal background checks and a mandatory waiting period for anyone trying to purchase a weapon. They said a person convicted of domestic abuse should be prohibited from buying a firearm. And anyone under the age of 21, they said, should not be able to buy a gun classified as an “assault weapon.”

The real question is whether their opinion matters. Just because an overwhelming majority of Floridians apparently support changes that would save lives doesn’t mean our elected officials have the political courage to make them happen.

It really shouldn’t be this hard. This country has been drowning in guns forever, translating directly into one of the highest murder rates in the world. And it’s getting worse.

Florida, unfortunately, has felt more pain than most states. Forty-nine people were killed at the Pulse nightclub shootings in Orlando six years ago. In 2018, another 17 people were murdered — many of them students — when a former student opened fire at Marjory Stoneman Douglas High School in Parkland. Both of those mass slaughters were facilitated by the shooters’ easy access to weapons.

Parkland was so unnerving it spurred something unusual in Florida — bipartisan legislation. Lawmakers approved a “red flag” law allowing authorities to get court orders to temporarily ban the purchase and ownership of a gun by people deemed a threat. It has been used nearly 6,000 times since its passage four years ago.

The law shows change isn’t impossible, and last month’s survey of 600 Floridians by researchers at the University of South Florida and Florida International University shows there is still plenty of common ground to plow.

More than 92 percent of the people surveyed favor universal background checks for all firearm purchases. Almost 86 percent want to require a license to purchase guns classified as assault weapons. A similar percentage want a mandatory waiting period for firearm purchases. The people surveyed are a representative sample of Democrats, Republicans and independents, pulled from every part of the state.

Opponents to such commonsense measures use familiar arguments. They attack universal background checks as an invasion of privacy. Mandatory waiting periods, according to the National Rifle Association, only burden law-abiding gun owners without changing how or when criminals obtain firearms. Never mind that police say waiting periods give them time to do a proper check. Or that mental health experts say there is plenty of evidence they reduce suicides.

Spend your days with Hayes

Columnist Stephanie Hayes will share thoughts, feelings and funny business with you every Monday.

You’re all signed up!

Want more of our free, weekly newsletters in your inbox? Let’s get started.

Explore all your options

It’s important to remember what the poll shows us. While opponents of sensible gun control have deep pockets and a big voice, they are a decided minority. Big majorities of Republicans, independents and Democrats all favor sensible gun measures. If only our elected officials were paying attention.

Editorials are the institutional voice of the Tampa Bay Times. The members of the Editorial Board are Editor of Editorials Graham Brink, Sherri Day, Sebastian Dortch, John Hill, Jim Verhulst and Chairman and CEO Conan Gallaty. Follow @TBTimes_Opinion on Twitter for more opinion news.