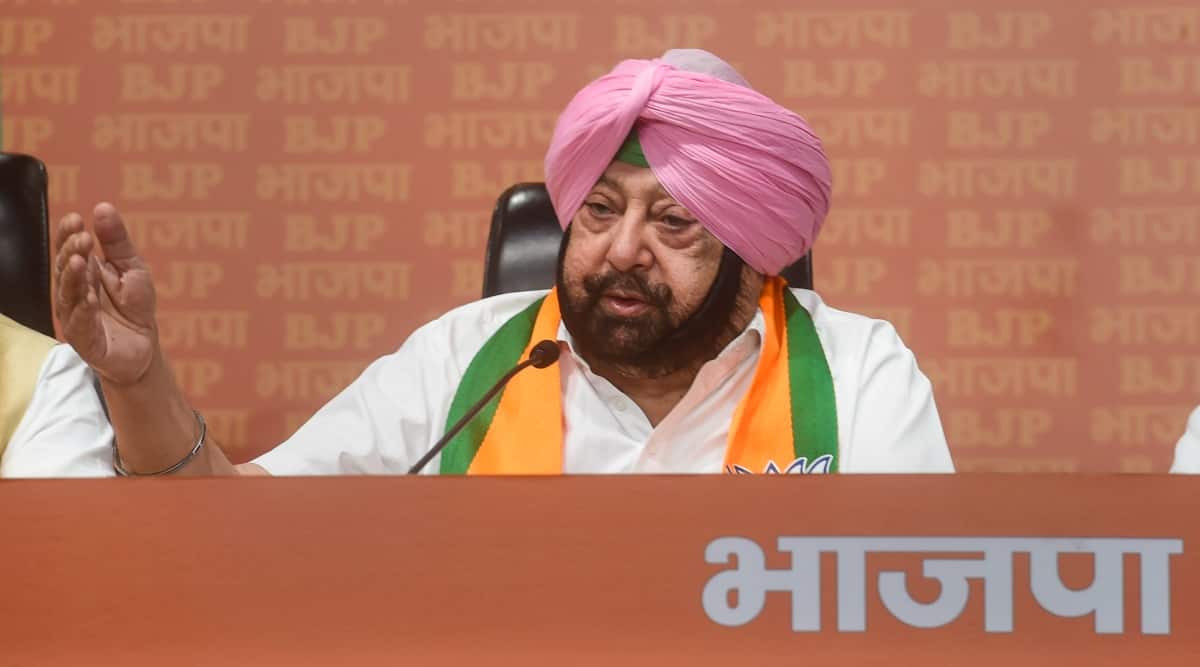 Leader of Opposition in Punjab assembly and Congress MLA from Qadian Partap Singh Bajwa questioned BJP over its stance on dynastic politics.

“It is surprising that BJP which has always made its position clear on dynastic politics, did not apply the same rule while inducting Amarinder Singh’s family members into the party,” Bajwa told The Indian Express.

Bajwa also said that BJP’s decision to make Union Agriculture Minister Narendra Singh Tomar welcome Amarinder Singh into the party fold “somehow shows that Captain, as then Punjab CM, was on the same page with the BJP and Tomar who drafted the “three black farm laws” which had to be eventually rolled back” by the Centre.

The members of Amarinder’s family who joined BJP

Jai Inder Kaur (56) is the daughter of Captain Amarinder Singh. In March this year, she was appointed as the new president of the Punjab women wing of the All India Jat Maha Sabha (AIJMS).

Though Kaur has been nurturing Patiala constituency for parents – Amarinder Singh and Congress MP in Lok Sabha Preneet Kaur – she has been very much active in political arena in Patiala after Amarinder floated Punjab Lok Congress (PLC) after falling out with the Congress.

Kaur was appointed as PLC vice-president. She is married to Gurpal Singh Sandhawalia, who belongs to the family of “sardars” from Raja Sansi, a clan of landed aristocracy.

Her husband is currently living in Delhi. The way Kaur has been moving around in Patiala of late, there are strong indications that Captain is likely to push for her candidature as BJP nominee in the 2024 parliamentary elections from Patiala. If that happens, she will be making her debut in electoral politics.

Raninder Singh (55) is the son of Captain Amarinder Singh. He is the president of National Rifle Association of India for the unprecedented fourth consecutive term now after being elected for the first time in 2010. Raninder studied at the Doon School Dehradun, passing the ICS exam in 1984.

He graduated in business studies from the University of Buckingham in 1989. Raninder contested 2009 parliamentary polls from Bathinda on a Congress ticket, but lost to SAD nominee Harsimrat Kaur Badal.

In 2012, the royal family scion lost from Samana when he contested as Congress candidate in Punjab Assembly elections.

Raninder has been booked in two alleged income tax evasion cases and Amarinder has been booked in one such case, all three cases ongoing in Ludhiana court. The Enforcement Directorate (ED) has also sought to inspect files of these cases. The father-son was booked “for allegedly amassing wealth in foreign countries by floating various corporation entities/trusts…and then furnishing false information to the income tax department to evade tax”.

Maternal grandson of Captain Amarinder Singh, Nirvan is the son of Jai Inder Kaur. During the stint of Amarinder Singh as Punjab CM, Nirvan used to handle his (Amarinder’s) public relations and media outreach campaign. Nirvan (33) – owned the communications company Drumroll Media and studied at University of Sussex – was the brain behind then CM Amarinder’s Mission Fateh campaign to promote Covid-friendly behaviour and ‘Ask Captain Series’ in which Amarinder interacted virtually with people during Covid.