Learning from the Masters Making a Knife with Jason Knight Part 3Hickok45 Update (New Camera)Calling on Angels to Join a Rock Star, Lakota Chief and Nonprofits to Win The Race to Save The Wild HorsesEvolution of the APO 1S – Design, Pricing, TaxesDecked USA Factory Look and Interview MADE IN THE USAWoodsman’s Pal Survival Tool – US Made Quality Since 1941Bill Whitaker: Beto, Trump not out for the countThe NRA Used to Donate to Democrats’ Campaigns, Too. Why Did It Stop?Civil War Camp Food SkillygaleeThe Hickok45 Radio Show Episode 80
Concealed Rights
Skip to content 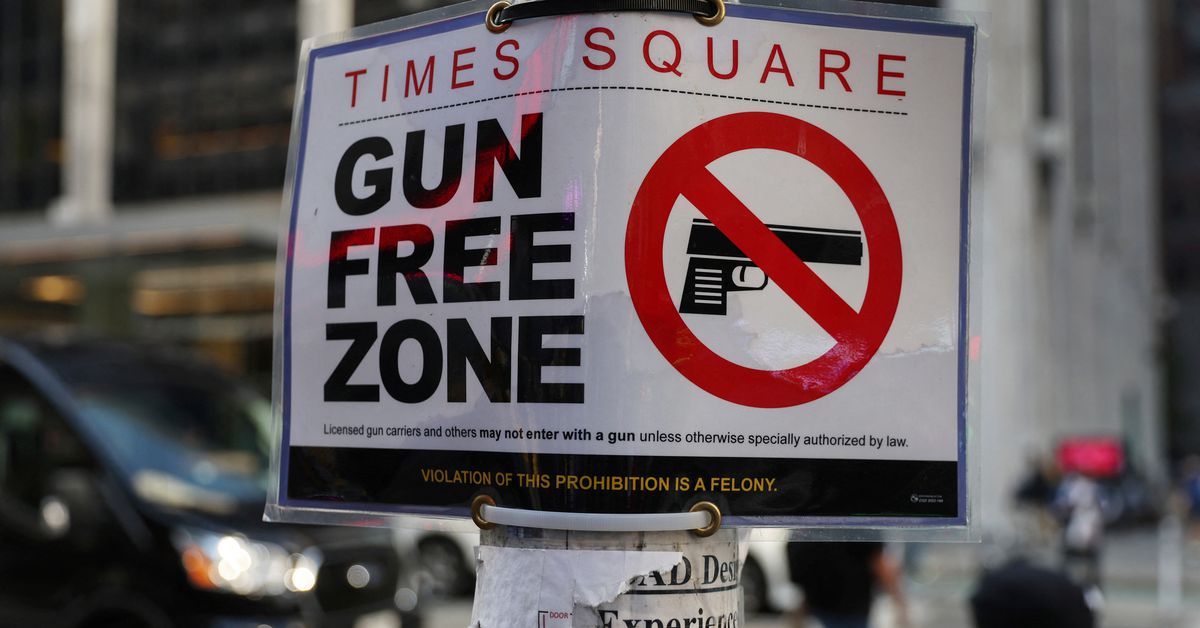 Last week’s order had marked one of the most prominent victories by gun-owners’ rights groups in challenging gun restrictions around the United States since June’s landmark decision by the U.S. Supreme Court that said for the first time that Americans have a constitutional right to carry weapons in public.

The Supreme Court ruling appalled New York’s Democratic leaders, who were nonetheless obliged to overhaul the state’s relatively restrictive gun-licensing regime after the court ruled it unconstitutional, alongside similar regimes in several other states.

The state’s overhauled gun law took effect on Sept. 1 and is being closely watched by other states around a country in which gun violence has become recurrent. It establishes new requirements for obtaining a license, including submitting social media accounts for review, and creates a long list of public and private places where having a gun became a felony crime, even for license holders.

It is facing several legal challenges by gun owners, including the one before Suddaby at the District Court in Syracuse brought by six members of the advocacy group Gun Owners of America, which competes with the National Rifle Association for political influence.

Suddaby’s order temporarily blocked the state from enforcing many of the new licensing provisions and drastically shortened its list of “sensitive locations” where having a gun, even with a license, is a new felony crime.

The appeals court’s three-judge panel will later rule on whether to restore Suddaby’s temporary restraining order. Suddaby, meanwhile, will hear arguments later this month on whether to grant a preliminary injunction that will again block central provisions of the new law while the litigation proceeds.