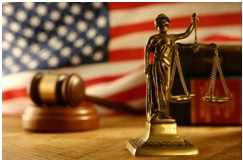 On Friday, NRA-ILA filed an amicus brief in a case challenging a New York law that seeks to circumvent the Protection of Lawful Commerce in Arms Act (“PLCAA”). PLCAA codified the fundamental legal maxim that the law only holds responsible parties liable for their actions. It limits the types of lawsuits that can be brought against the gun industry by barring suits seeking monetary damages against an industry member for a third party’s misuse of a firearm.

Despite PLCAA and the common law, New York officials have been bringing lawsuits against gun industry members for over 20 years now. Former New York Attorney General (who then became the state’s disgraced governor) Elliot Spitzer’s suit against Ruger was thrown out of court, and a lawsuit brought by the City of New York against Beretta suffered the same fate.

“Congress enacted the [PLCAA] to stanch an epidemic of experimental tort suits … attempting to hold the firearms industry liable for third parties’ criminal misuse of firearms,” the brief reads. “Dissatisfied with Congress’s judgment, New York has set out to undermine the PLCAA, assuming the responsibility to correct [what it terms] ‘federal overreach.’”

PLCAA is not the only firearms matter that New York lawmakers are bitter about and trying to evade these days. In June, NRA-ILA won NYSRPA v. Bruen, a landmark Second Amendment Case at the United States Supreme Court. Governor Hochul called the high court’s decision a mere “temporary setback,” prompting the state to pass the falsely labeled Concealed Carry Improvement Act, which NRA-ILA is also challenging in federal Court.

This case is captioned National Shooting Sports Foundation v. James. It is on appeal to the Second Circuit Court of Appeals in New York City.