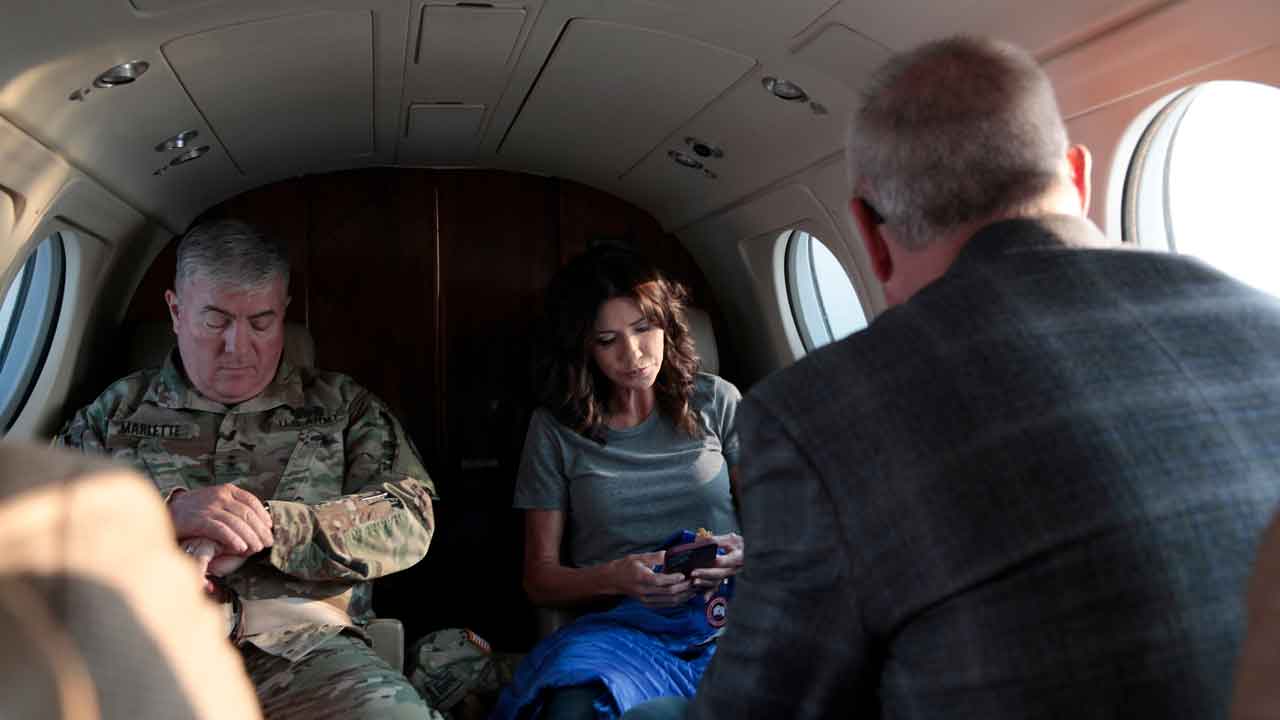 A South Dakota prosecutor who was overseeing an investigation into Gov. Kristi Noem’s use of state government aircraft announced Tuesday that the investigation found nothing to support a criminal prosecution.

Noem, a potential 2024 White House contender, had used the plane to attend events hosted by political organizations in 2019. Former Attorney General Jason Ravnsborg, a Republican, had filed a complaint on the plane’s use to the state’s Government Accountability Board. And the board in August requested the state’s Division of Criminal Investigation to probe Noem’s use of the plane.

State law bars the aircraft from being used for anything other than state business.

Noem used the state plane six times to fly to out-of-state events hosted by political organizations, including the Republican Governors Association, Republican Jewish Coalition, Turning Point USA and the National Rifle Association. Raw Story, an online news site, first reported the trips, which the governor’s office defended as part of her work as the state’s “ambassador” to bolster the state’s economy.

A South Dakota prosecutor who was overseeing an investigation into Gov. Kristi Noem’s use of state government aircraft announced on Oct. 25, 2022, that the investigation found nothing to support a criminal prosecution.
(AP Photo/Stephen Groves, File)

Noem also argued that Ravnsborg filed the complaint as political retribution. She had pushed for Ravnsborg to resign for his conduct surrounding a 2020 car crash in which he struck and killed a pedestrian. Ravnsborg was impeached and removed from office earlier this year.

“An independent prosecutor has confirmed what we have known all along. This was nothing but a political attack in retaliation from a disgraced attorney general,” said Ian Fury, a spokesman for Noem’s reelection campaign.

LaMie said she had informed the Government Accountability Board of her decision and referred the matter back to it. She said she would not comment further on the investigation.

LaMie was tasked with overseeing the investigation after Attorney General Mark Vargo recused himself. He was appointed by Noem after Ravnsborg was removed from office.