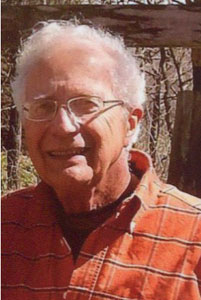 Most people remain in the political party they’ve always been a part of.  I’d like to challenge the RADICAL REPUB-LICANS to give serious thought to a change, at least in the way they vote these days,  to be more compatible with surely what they  know is good and right for our country, and respectful of all Americans.  I used to be a Republican until I was 35 years old.  From my experience of living five years in South America and returning home, I recognized that I could not support a Conservative political party that primarily caters to the very rich and is  TRENDING OUR  COUNTRY BACKWARDS!

When discussing an issue, I’ve noticed that the hard core Republicans don’t comment with any thoughtful words of their own.  It’s simply repeating Republican propaganda, even word for word!  Also disheartening, they usually don’t allow themselves to know the truth!  So, they don’t watch  NBC,  CBS,  ABC,  PUBLIC TV, and Public Radio, who deal with both sides of the issues. Instead they watch FOX.  Did you know that FOX did not even cover live the Inauguration of President Biden?  (Of course Trump who clearly knew he had lost the election, would not attend because he is dedicated to deceiving his followers with his lies and false conspiracies! )  And FOX did not cover our National Memorial Day Service honoring our military!

Nor even cover the funeral of a beloved Republican Senator Bob Dole!  Nor would FOX ever dare to expose their followers to the TRUTH of the January 6th Committee Hearings!  FOX is so UNAMERICAN!  It’s disgusting to the rest of us!  Shameful!

The bright spot in politics is the PROGRESSIVE  DEMOCRATIC PARTY…always working to TREND our country forward, not backward.  I ask those hard line Republican (especially in Congress and Senate) but also you strict followers of Trump:  In your best thinking, why would you be  against green energy like wind power, solar power, and even ocean current energy?  Why comply with the sin of prejudice and racism which makes it more difficult for Blacks and Minorities to vote ?

Other countries are always trying to make it easier for the poor people to vote!  Imagine Georgia has made it a crime to bring water to someone waiting in line for five hours to vote!  How can anyone be happy with such cruelty? And why do you accept mass shootings with the AR-15 military rifle intended ONLY for killing people in war?  If you really cared, you would ban those weapons,  as they used to be BANNED until George W. Bush, in obedience to the NRA, let it expire!  I cried on hearing how children were shot up terribly at Uvalde.  And do you remember a time when Republicans did not want government interference in people’s personal lives?

Now, they want to control women’s bodies, and not let girls and women together with doctors and clergy decide the best course.  I am totally against abortion, with exceptions, of course, but I don’t want what Republicans want – that religious laws must control women, so they are Second Class, like in some Middle East countries!

The biggest danger to our Democracy is Trump, the cult-like deceiver that controls his followers with his lies, and they foolishly believe him, even worship him, some say!  The result is also there are now millions of  ELECTION DENIARS, some of them now running for office.  A further serious danger to our Democracy is White Supremacy, the idea that it is RICH WHITE MEN must control the government and society!  And just as scary:  it is trending globally.

A Supreme Court Judge once said:  “We can have Democracy in this country or we can have great wealth concentrated in the hands of a few, but we can’t have both!”  If you can’t switch to the Democrat Party, as I did for the sake of progressing our country, hopefully for what’s best for our country NOW,  at least vote for Democrats on the ballot.