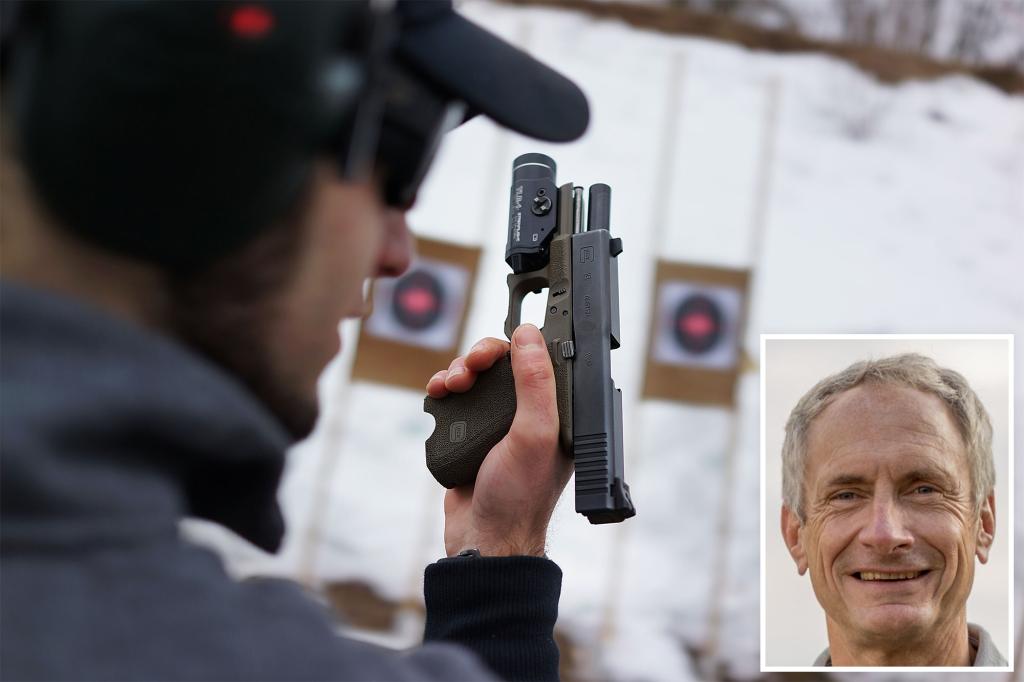 An Albany legislator in Gov. Kathy Hochul’s hometown is taking aim at the NRA — but not for promoting gun sales.

Instead, state Sen. Sean Ryan (D-Buffalo) is pushing to stop the group from promoting gun safety in New York.

Newly-introduced legislation would do that by stripping the group of its near monopoly over certifying the “duly authorized instructor” any New Yorker needs to complete the safety training required for a conceal carry permit per state laws passed last summer.

“Where the NRA was once viewed as an authority on gun safety, it has become an extremist organization that prioritizes political advocacy at the expense of safety,” argues a legislative memo attached to the bill introduced this week.

“The NRA has pursued an extreme political agenda focused on overturning gun safety laws here in New York and across the nation. Through its conduct as an organization, the NRA has proven to no longer be an authority on gun safety,” the memo adds.

Current state law names the NRA as the only entity in New York besides the armed forces and National Guard that can certify such instructors, with statutes taking effect next July allowing the state Division of Criminal Justice Services to certify instructors as well.

“The NRA is, and has been, the gold standard of safety training for firearms in the United States for 172 years. We were founded in 1871. And that’s what the purpose was: to promote safety and firearms training,” said Tom King, president of the NRA-associated New York State Rifle and Pistol Association.

But that role would end in New York if the bill proposed by Ryan were to ever pass the Legislature and be signed into law by the governor – with the DCJS picking up the slack.

“New York state has no control over the curriculum taught about safety to get a pistol permit issued by New York State. [That] doesn’t seem to make a lot of sense,” Ryan, a longtime Hochul ally, told The Post.

“Compare it to what it takes to get a hunting license where you to go through an eight-hour course. And that curriculum is set by the [state Department of Environmental Conservation) and the trainers are authorized by the DEC. So I believe the same trainers, who are now NRA authorized will simply become DCJS guys.”

He added that the matter had increased urgency after a teenage racist last May allegedly gunned down 10 people at a supermarket in a predominantly black area of Buffalo.

Gun safety classes have taken on outsized importance since the summer when the U.S. Supreme Court – in the case of New York State Rifle & Pistol Association v Bruen – struck down a century-old New York law that required people to show “proper cause” for packing heat on the down low.

Hochul then beckoned state lawmakers back to Albany to pass new rules on conceal carry permits, which included a requirement that permit applicants get hours of safety training from a “duly authorized instructor” likely certified by the NRA.

Gun rights groups have assailed the new laws by claiming they represent a Hochul-led attack on New Yorkers’ Second Amendment rights, with the bill proposed this week by Ryan getting a chilly reception as well.

“This is no different than calling somebody a criminal because they speak against your line of thought and reasoning … if you look at the states – particularly Governor Hochul’s response to the ruling decision from the Supreme Court – they don’t really care about the Supreme Court or the Constitution of the United States,” King said.

Ryan said “it’s not punishment at all” to deny the NRA the lucrative business of training safety instructors, who must pay the group hundreds of dollars for the course.

“The NRA often squawks the loudest when you get between them and revenue,” he added.

Representatives of Hochul and the DCJS declined to comment on the newly introduced legislation, which has yet to be formally introduced in the Assembly.

The NRA, which did not respond to a request for comment Tuesday, has a long record of providing safety training for children and adults alike, but its methods have faced criticism for either being ineffective or too ideological.

Lisa Monroe, an assistant professor at University of Oklahoma who specialized in early childhood education, has said she would have never helped the NRA develop its “Eddie Eagle” safety curriculum had she known how the group would use it to fire back at calls for safe storage laws.

“No one ever told me that’s how the program was going to be used,” she says. “If they I had, I assure you, I wouldn’t have anything to do with it,” she told The Trace in 2016.

The newly proposed bill is the latest sign of trouble for the NRA in New York where the group was originally founded, with state Attorney General Letitia James locked in litigation against the group over its finances and potential violations of nonprofit law by its leadership.

But gun rights advocates say they are getting ready for a fight over Ryan’s bill once state lawmakers return to Albany for their regularly-scheduled legislative session in January.

“It’s really kind of early for us to know exactly how we’re going to fight this but believe me, we are going to,” King said.