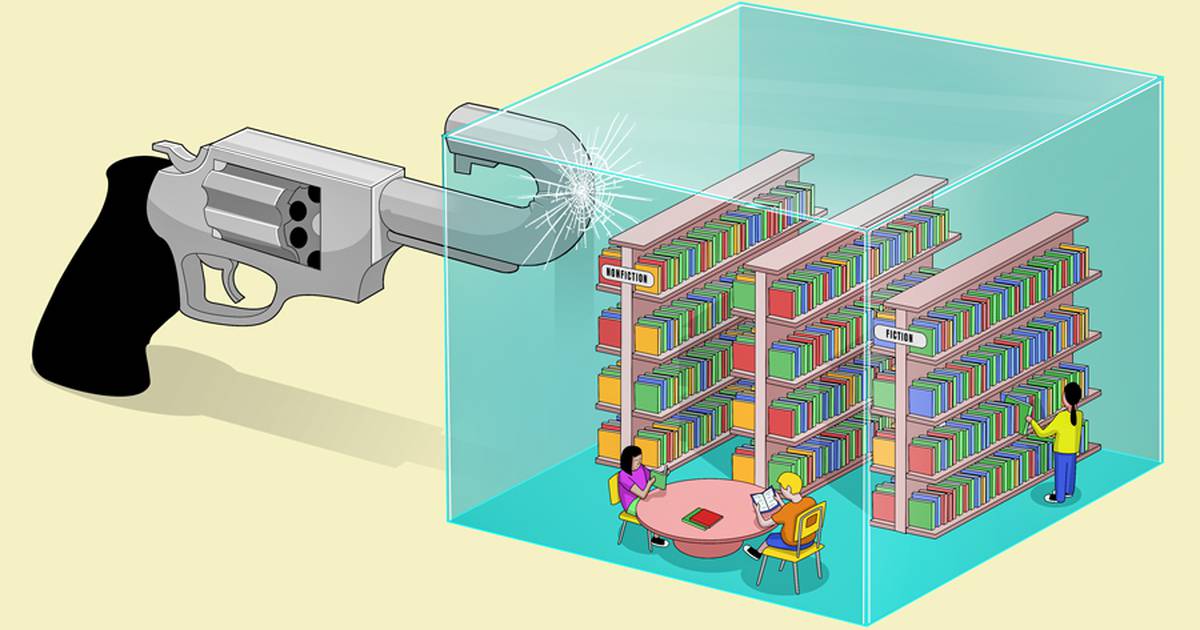 “No firearms” signs could soon pop up on city buildings around Santa Fe.

About six months after Mayor Alan Webber called for an outright ban on guns from city facilities, he has introduced a resolution that does not go so far but may push the boundaries of what the city can do. It relies on an expansive reading under a provision of New Mexico’s Constitution that largely ties the hands of local government officials looking to regulate guns. Webber’s idea, which he unveiled last week, would ban deadly weapons from any city facility used for school-sanctioned activities. That includes libraries, municipal soccer fields and City Hall.

“If school kids are in City Hall on a learning trip, it should be as safe as a school,” Webber tells SFR.

If you are surprised Santa Fe cannot already ban guns from City Council chambers or libraries, look at a 1986 amendment to the New Mexico Constitution. Backed by the National Rifle Association and passed overwhelmingly by voters, the amendment bars cities and counties from passing their own restrictions on firearms.

The NRA’s Political Victory Fund argued in a full-page ad in The Santa Fe New Mexican days before the 1986 election that the amendment would prevent cities from passing handgun bans, as a Chicago suburb had famously done a few years earlier. But the amendment also bars local governments from enacting comparatively banal policies commonplace in other parts of the country, such as banning guns from parks or libraries.

“A provision in the state constitution prohibiting localities from regulating firearms in any way is definitely on the more extreme end of the spectrum,” says Allison Anderman, senior counsel and director of local policy for Giffords, a national gun violence prevention advocacy group.

Anderman says some states have repealed similar provisions in recent years, including Colorado, or are picking away at such policies. And states that still bar local governments from regulating guns often allow towns, counties and cities to at least set policies for firearms on government property.

Repealing New Mexico’s constitutional amendment on local gun laws would require legislators to place the amendment back on the ballot for a statewide vote. And despite Democratic majorities in the Legislature, there appears to be little appetite for that step, even among those working to prevent gun violence. So, while lawmakers moved last year to ban guns from the state Capitol after a years long off-again, on-again debate, cities still don’t have the option of banning guns from council meetings or other facilities.

Webber argues cities have a way around that provision inside a state law banning guns from school grounds—defined not only as school buildings but as any public facility used for school-sanctioned activities. That includes city facilities that students use regularly, by the mayor’s reading.

The city asked department heads across municipal government to identify any site that is used for school-sanctioned activities, whether sports events or field trips. That list even includes the Buckman Direct Diversion Water Treatment Plant. If approved, the resolution would require city staff to post signs at all such locations stating deadly weapons are prohibited.

It is not a novel approach. Albuquerque’s then-chief administrative officer issued an order in 2020 using a similar reading of state law to ban firearms from city facilities.

Still, enforcement has been rocky.

Albuquerque police used the executive order to cite at least two people participating in a protest on Civic Plaza that year. But Second Judicial District Attorney Raúl Torrez raised concerns in court about the order’s constitutionality. And later that year, the Albuquerque City Council voted down a broader proposal to ban guns in city facilities.

Webber’s initial call for a ban on firearms in city facilities followed a gunman’s killing of 19 children and two teachers at an elementary school in Uvalde, Texas. It also comes amid record gun sales in recent years and an increase in gun deaths among New Mexicans 19 and younger.

Webber concedes his proposal—due to begin making its way through council committees this month—has limitations.

“Nothing ever solves everything but we keep looking for ways to make a difference and at least go on the record to oppose rampant gun violence,” he says.

It’s up to state legislators to go further, the mayor adds, arguing they need to “lead, follow or get out of the way.”

“They’re not doing any of these things,” he says.

But if “getting out of the way” in this instance would mean the Legislature putting repeal of the 1986 amendment up to a statewide vote and potentially letting New Mexicans untie the hands of local governments to create new gun policies, Webber isn’t exactly pushing for that, either. The mayor says he supports repealing the amendment but is quick to concede one of the main points raised by the NRA when it was pushing the measure: It could lead to a range of inconsistent gun laws from one city to the next.

“Imagine a world where the City of Santa Fe can regulate guns,” he says, arguing New Mexico needs “a blanket, not a patchwork” of gun policies.

But back at Giffords, Anderman says there is no one-size-fits-all approach to gun policy. Cities can act, even when local leaders’ hands are tied, she argues, including steps Santa Fe officials want to take.

How do you win voters over on gun control? Meet them where they are — in front of the TV
Best Range Bags For Rifles, Pistols And More
6:29 p.m. early and often early and often House Republicans’ Assault-Weapon Pins Aren’t Just a Taunt By Ed Kilgore Owning the libs may be an added bonus, but Second Amendment absolutists clearly intend them as a threat against those who challenge gun r…
Gladiator Build Part 4 Tarp Set up and Magnets
California Gov. Gavin Newsom endorses even stricter gun control after string of mass shootings