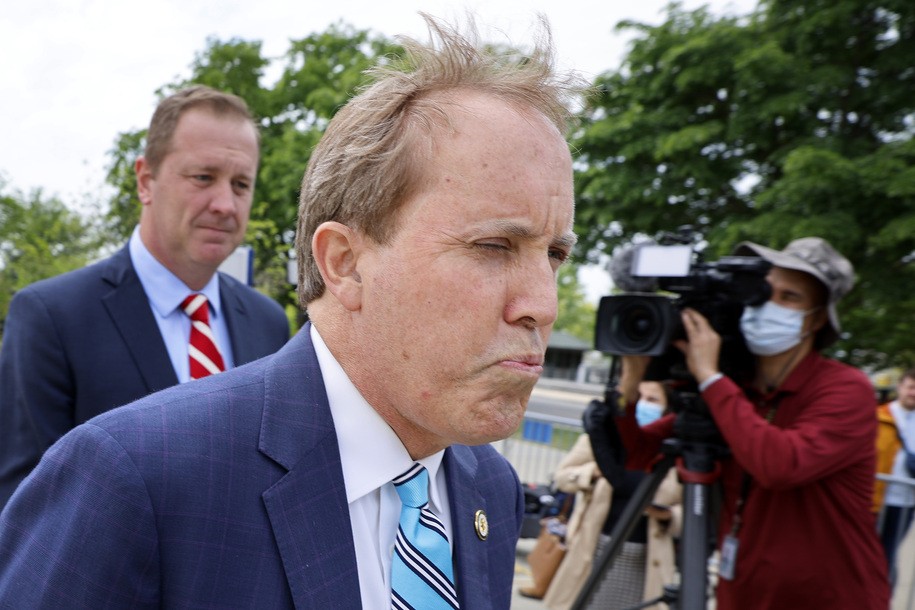 According to the report, an email was sent to the head of the DPS’ driver’s license division asking for the number of gender changes on licenses “broken down by month.” But no worries, invading Texans’ privacy rights is an incremental process: “We won’t need DL/ID numbers at first but may need to have them later if we are required to manually look up documents,” the request read.

Unfortunately for Paxton and his anti-LGBTQ+ fishing expedition, when more than 16,000 hits came back that matched the attorney general’s request, it became apparent that the job wasn’t as simple as maybe he and his lazy bigotry had hoped. The DPS emailed the Post, saying that, “Ultimately, our team advised the AG’s office the data requested neither exists nor could be accurately produced. Thus, no data of any kind was provided.” Who had asked? They “cannot say.”

It’s not surprising but is important to note that groups historically invested in privacy, like Second Amendment fetishists and the National Rifle Association (NRA), have said absolutely nothing about this clear privacy overstep by the government. For a group of people who freak out and cry every time universal background checks and proposed registries of gun owners come up, one could think they’d have a lot invested in pointing out this kind of abuse over driver’s licenses. No one likes a precedent that puts themselves at risk, after all.

But they haven’t, and they won’t. And it’s for the same reason they won’t speak up for people like Philando Castile, who was killed by a police officer in front of a 7-year-old for having a very legal and licensed carry permit and firearm. The position of gun fetishists isn’t a principled one; it’s a politically expedient one, and they wield it only when it serves to advance their bigotry and authoritarianism.

In the end, the big obstacle for Paxton here is that, in order to get as granular as he wants, in order to target Texans with driver’s licenses who have possibly transitioned, there would need to be a ton of hours put into individually interviewing and researching every change to driver’s licenses fitting the criteria. And you might think, “Well, yeah, but he’d do it anyway,” but it doesn’t seem to be Paxton’s call. Paxton’s office made this request in June; by July, the DPS driver’s license division knew a ton more work would need to go into culling the data. After a couple of more weeks of trying to parse through the records, they had had enough:

On Aug. 4, the division chief emailed staff members, “We have expended enough effort on this attempt to provide data. After this run, have them package the data that they have with the high level explanations and close it out.” On Aug. 18, a senior manager emailed to say a data engineer had “provided the data request by the AG’s office (attached).”

“Why would the Office of the Attorney General have gathered this information?” Assistant Attorney General June Harden wrote in an email to The Post, later adding, “Why do you believe this is the case?”

Dallas-based Shelly Skeen, a senior attorney at Lambda Legal, told The Post, “The constitutional issues that this raises are equal protection and due process under the 14th Amendment as well as discrimination based on sex.”

The Republican Party ran on attacking trans children, their newest idea for riling up homophobia, and all of the culture war bullshit that does nothing except scapegoat marginalized communities of people for the policy failures of people like Ken Paxton and the Republican Party. The problem the Republican Party faces is that, while our country is homophobic and racist and transphobic, it is also a country where even conservatives (who aren’t theocratic Christian nationalists) don’t really believe in the government telling people how to live their lives.