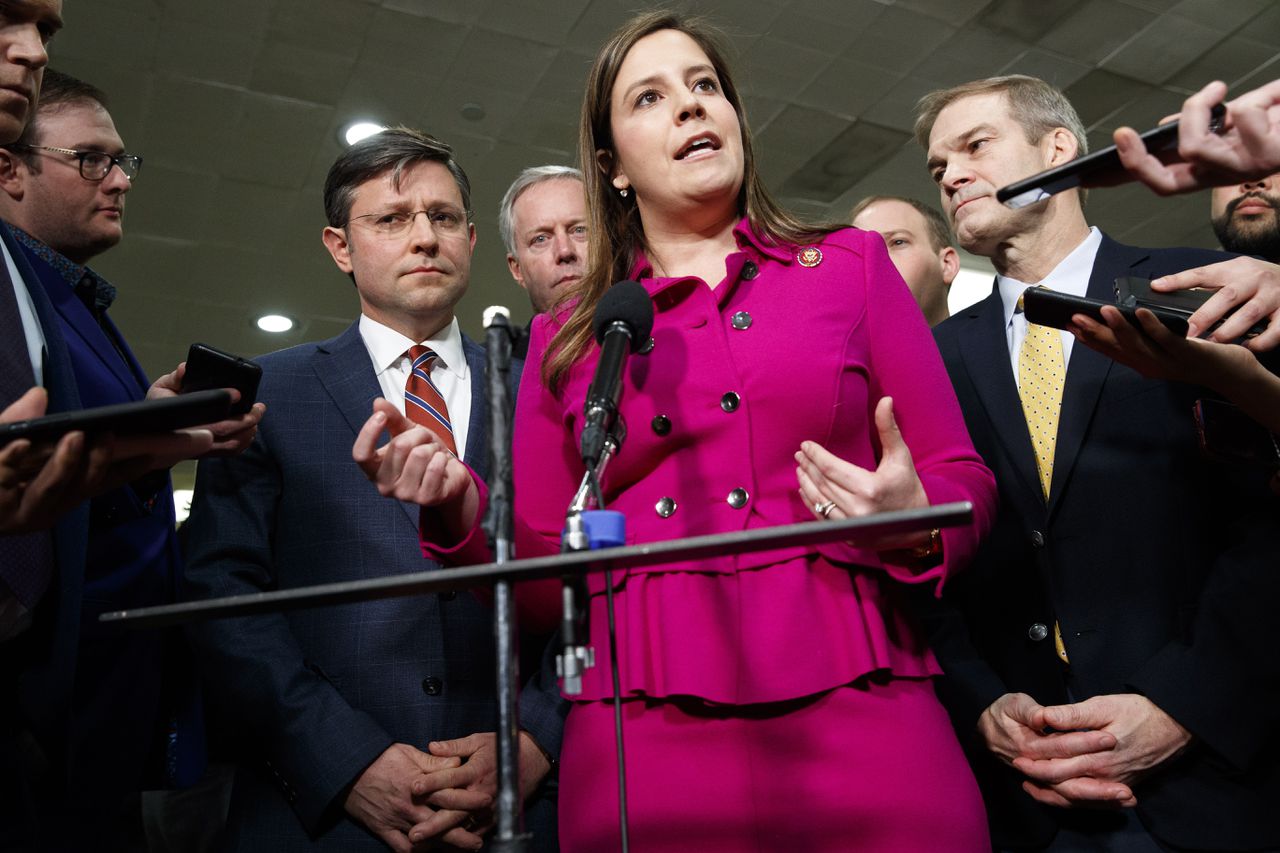 
WASHINGTON – Donald Trump stood by Rep. Elise Stefanik today in her bid to take over a House Republican leadership post, as some conservatives raised concerns over her voting record.

The former president issued a statement in which he said Stefanik would be an upgrade over Rep. Liz Cheney, R-Wyoming, as chair of the House Republican Conference.

“The House GOP has a massive opportunity to upgrade this week from warmonger Liz Cheney to gifted communicator Elise Stefanik,” Trump said in his second endorsement of the Upstate New York congresswoman in less than a week.

House Republicans are expected to vote Wednesday on whether to oust Cheney. Stefanik is considered the leading contender to replace her.

Trump touted Stefanik’s endorsement for the GOP leadership post from the union that represents the nation’s border patrol agents, her support for veterans and her A+ rating from the National Rifle Association.

“We need someone in leadership who has experience flipping districts from Blue to Red as we approach the important 2022 midterms, and that’s Elise!” Trump said. “She knows how to win, which is what we need!”

Stefanik, R-Schuylerville, rose to national prominence in 2019 when she emerged as one of Trump’s top defenders in House impeachment proceedings. Trump called her a rising star in the party.

But some House conservatives have raised concerns about Stefanik’s more liberal voting record than Cheney.

The conservative group Heritage Action gave Stefanik a scorecard ranking of 56% for her votes over the previous two years, while Cheney had a ranking of 82%.

Stefanik plans to meet today with members of the conservative House Freedom Caucus in an attempt to sway those hesitant to support her or outright opposed to her elevation to the No. 3 leadership post for House Republicans, Politico reported Friday.

Rep. John Katko, R-Camillus, a longtime supporter of Cheney, has not said whether he will vote to oust her from the leadership post. The vote is conducted by secret ballot.

Katko said he stood by Cheney in a previous House GOP conference attempt to oust her in February for her vote to impeach Trump. Cheney defeated that measure, 145-61.

Cheney and Katko were among 10 House Republicans who voted to impeach Trump in January for inciting an insurrection on the U.S. Capitol.

In a video conference with reporters on Friday, Katko said he would support Stefanik for the leadership post if it should become vacant.

“If something happens with Liz – and that remains to be seen – but if it does and (Stefanik) puts her name in the ring, I absolutely will support her,” Katko said.

Katko did not respond to a request for comment today about whether he will vote to oust Cheney as conference chair.

Tenney, a staunch Trump supporter, said she believes Stefanik is the best choice to unite the party ahead of next year’s midterm elections.