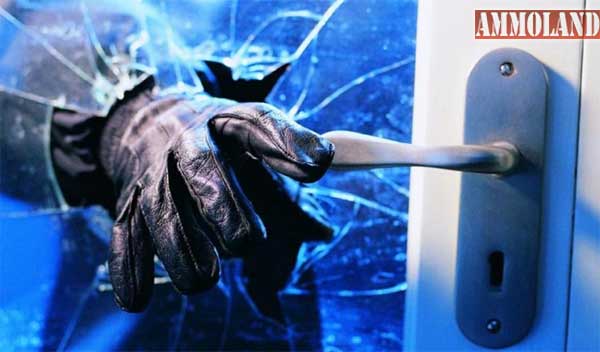 U.S.A. –-(Ammoland.com)- At about 2:45 on Saturday afternoon, at the Carrington Place Apartments on FM 1960 West, in the 12700 block, a 53-year-old disabled woman resident used a firearm to stop a crew of criminals who were breaking into her home.

One of the intruders was killed. The other two have been arrested and charged with felony murder. From khou.com:

Deputies said the 18-year-old and a 17-year-old male broke a resident’s patio door window. The 53-year-old disabled resident was home alone when the teens broke the window and reached inside and unlocked the door, according to investigators.

The resident fired one shot, killing the teen who was in front, deputies said.

The second suspect, Aren Lacour, as well as 18-year-old Ayanna Harrison, were detained at the scene. Deputies said Harrison was the driver of a nearby getaway vehicle.

Deputies said the getaway vehicle, a white four-door Mercedes-Benz, is linked to other burglaries in the area.

The Carrington Place Apartments are in the NorthWest of the Houston metroplex, near where U.S. Route 290 and Texas Hwy 6 merge.

The getaway driver suspect, as reported by the police, attempted to hide the pistol that had been carried by the deceased home invader. This is a theme people need to be aware of. The destruction and hiding of evidence by criminal associates happens and needs to be guarded against.

It is likely the pistol was stolen in a previous burglary.

Ubiquitous surveillance cameras are making it harder to hide evidence of crimes.  While not mentioned in the reporting so far, it seems unlikely the Mercedes was owned by any of the three teen criminal suspects.

Criminals commonly use stolen cars to commit their crimes.

The disabled woman who shot the lead intruder stopped the crime spree. It is unknown how many crimes she prevented.

Sometimes, young criminals will stop their criminal careers early on. It is not the way to bet. Once theft and preying on other people has become an established behavior, it is an addiction that is difficult to break. Armed home invasion is seldom the first criminal behavior engaged in. By age 18, many criminals have several years of serious crime behind them.

A young criminal is likely to commit thousands of crimes before they are stopped by prison, death, or sometimes, after surviving to their 50s or 60s, realizing the danger and destruction of their activities.

In spite of what is portrayed on television and in the movies, an unarmed 53-year-old woman is no match for two 17 and 18-year-old teen criminals. One of them had a pistol.

As the defender of her castle,  the disabled woman had the tactical advantage and was willing to use it. The most effective defensive arm is useless without the will to use it.

Texas law is the most favorable to home defenders, of any of the States. The policy in Texas is that all homicides are put to grand juries to determine if charges are warranted.

It is a good policy which results in nearly all home defensive shootings being “no billed”, with no charges for the defender.

Dean Weingarten has been a peace officer, a military officer, was on the University of Wisconsin Pistol Team for four years, and was first certified to teach firearms safety in 1973. He taught the Arizona concealed carry course for fifteen years until the goal of Constitutional Carry was attained. He has degrees in meteorology and mining engineering, and retired from the Department of Defense after a 30 year career in Army Research, Development, Testing, and Evaluation.