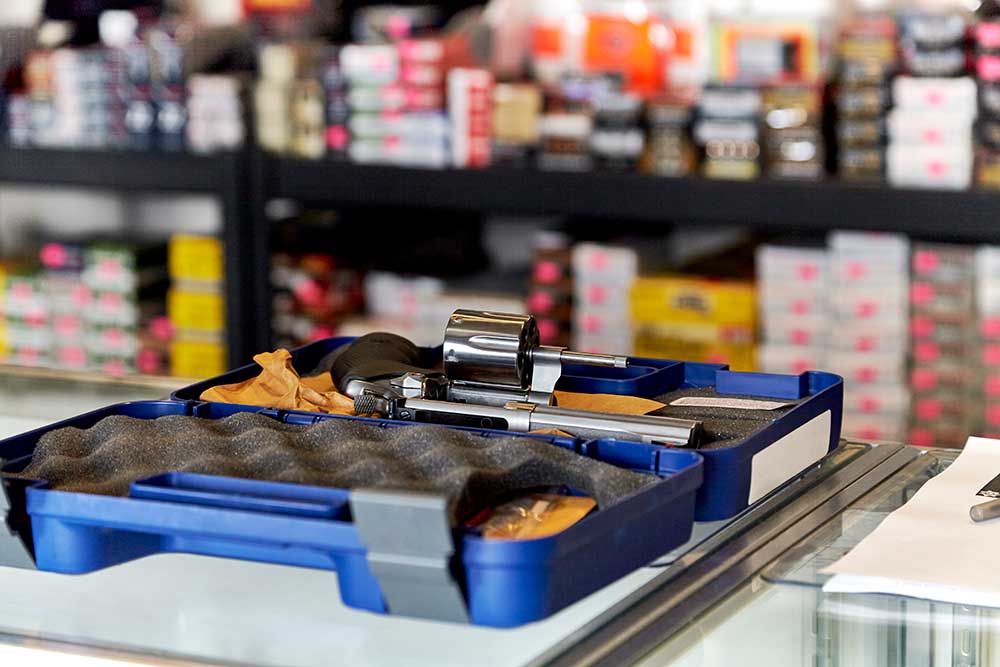 U.S.A. –-(Ammoland.com)- NSSF sent a letter to the Department of Homeland Security to implore officials to consider the firearm and ammunition industry to be listed as a “National Critical Infrastructure Industry” and industry employees be clearly identified and listed as “Essential Critical Infrastructure Workers.” This designation would possibly help exempt those businesses from mandatory shutdowns. NSSF pointed out the industry provides the U.S. military and federal, state and local law enforcement agencies with the tools needed to carry out vital national security and public safety missions. Many local law enforcement agencies rely on community retailers and ranges for supplies and training. NSSF believes these services are critical for ensuring public safety and readiness during times of uncertainty.

The National Shooting Sports Foundation (NSSF) is America’s trade association for the firearm, ammunition, hunting and recreational shooting sports industry. Our over 9,000 member companies include federally licensed manufacturers, distributors and retailers of firearms and ammunition products. On behalf of our members nationwide, I am writing to thank you for your leadership and the ongoing efforts of your agency to combat the COVID-19 (Coronavirus) pandemic.

The firearm and ammunition industry is proud to provide the U.S. military and federal, state and local law enforcement agencies with the tools they need to carry out their vital national security and public safety missions. While we are facing a different kind of war in combating an unprecedented public health crisis, it is imperative that we maintain a strong national defense and maintain public order.

As you are aware, the Department of Homeland Security (DHS) oversees the country’s National Infrastructure Protection Plan (the “Plan”). This Plan outlines how government and private sector participants in the critical infrastructure community work together to manage risks and achieve security and resilience outcomes. The Plan identifies 16 different critical infrastructure sectors, including Defense Industrial Base (DIB) and Emergency Services Sector (ESS).
Defense Industrial Base

We believe federally licensed firearm and ammunition manufacturers, and their employees, are clearly part of the Defense Industrial Base.

Manufacturers cannot remain operational if they are unable to secure necessary raw material and component parts in order to produce finished products for the military, law enforcement and commercial market. Therefore, it is vital that the supply chain upon which our industry relies, including the ability to transport materials, parts and finished products, must also be designated as critical infrastructure industry.

According to DHS Cybersecurity and Infrastructure Security Agency (CISA), “The mission of the Emergency Services Sector (ESS) is to save lives, protect property and the environment, assist communities impacted by disasters, and aid recovery during emergencies.” Law enforcement is one of the five distinct disciplines composing the ESS sector that encompasses a wide range of emergency response functions and roles.

We have seen in the past that law enforcement has turned to firearm retailers in times of civil unrest, such as when during the Los Angeles riots in 1992 local law enforcement went to retailers to obtain more effective firearms in order to restore the peace and protect residents and local businesses.

We cannot expect law enforcement to do its job of serving, protecting, and defending our communities without making sure they have access to the tools they need and which our industry provides. Our industry’s manufacturers, distributors and retailers are a vital part of the Emergency Services Sector.

Second Amendment – The Right to Keep and Bear Arms

Food, water, shelter and adequate medical care are paramount for survival, but so too is the ability for an individual to defend his or herself, their family, as well as their home, business and property.

The firearm and ammunition industry is essential for law-abiding Americans to exercise their Second Amendment right to acquire a firearm and ammunition for personal protection and home defense. Right now, across America, tens of thousands of our fellow citizens are lining up at their local federally licensed firearm retailer to purchase firearms (after an industry-supported background check) and ammunition to protect themselves and family during this uncertain time. Law enforcement resources will be taxed and stressed thin if this pandemic continues to spread. Americans increasingly understand that they cannot always rely on law enforcement to be there in a time of need. They have a duty to be responsible for their own safety. The Second Amendment protects each law-abiding American’s God-given right to self-defense. And, the lawful commerce in firearms and ammunition products is constitutionally protected. Without our industry, the right to keep and bear arms would be a mere illusion.

The line of customers outside of firearm retailers across America is testament to the fact that Americans believe the ability to exercise their constitutional rights protected by the Second Amendment is essential. Law abiding citizens owning firearms for their own protection assists law enforcement and aids in keeping the peace.

Further, the psychological impact of having firearm retailers and manufacturers shuttered should not be underestimated. Americans are concerned that in this time of crisis, they will not be able to protect themselves, their families or their property. Ordering the shuttering of retailers will only serve to fuel this fear unnecessarily. The firearm and ammunition industry is present in every community. We know first-hand the importance of ensuring that families are able to focus on what’s important right now: following government guidance to help stop the spread of this deadly virus. The last thing an American should be worrying about is how to make sure they are physically safe. Even for those who are not purchasing firearms or ammunition right now, allowing these essential businesses to remain open, while abiding by the important social-distancing guidelines, demonstrates that Americans are not going to be deprived of their right to bear arms.

In addition, shooting ranges, both public and private, are also essential to public safety and the exercise of the Second Amendment. Shooting ranges are where firearm safety education is taught especially to new and inexperience gun owners. It is also where law enforcement officers typically train to be proficient with their duty weapon. And, members of the military also frequent shooting ranges to train before they deploy to defend our nation.

Our industry contributes to our nation’s economic well-being. In 2019, the firearm and ammunition industry was responsible for $60 billion in total economic activity, employing as many as 150,707 people in the U.S. and generating an additional 181,501 jobs in supplier and ancillary industries.

Whether it is providing firearms or ammunition to military, law enforcement, and law-abiding citizens or ensuring that they have access to shooting ranges for training, the firearm industry is a critical component of our nation’s security, public safety, and economic well-being. We must remain open for business. By including our industry among our nation’s critical infrastructure industries, you can help ensure that we are able to do so.

We appreciate your support for the men and women who proudly wear our nation’s uniform, our nation’s law enforcement and first responders, as well as protecting our constitutional right to keep and bear arms and supporting the very industry that helps make that right a reality for tens of millions of Americans. Thank you for your consideration of this important request.

About The National Shooting Sports Foundation

The National Shooting Sports Foundation is the trade association for the firearms, ammunition, hunting and shooting sports industry. Its mission is to promote, protect and preserve hunting and the shooting sports. Formed in 1961, NSSF has a membership of more than 10,000 manufacturers, distributors, firearms retailers, shooting ranges, sportsmen’s organizations and publishers. www.nssf.org

5 Tips to Camping with a Wool blanket and Tarp
Old Timer Knives MADE IN THE USA AGAIN! – Old Timer Bruin Pocket Knife
Firewood is the new Toilet Paper! Here is why!
Modern Trapping Series Part 45 Winterizing Upland Sets
Speak Out reader opinion: Another shooting, when will we get rid of the guns?