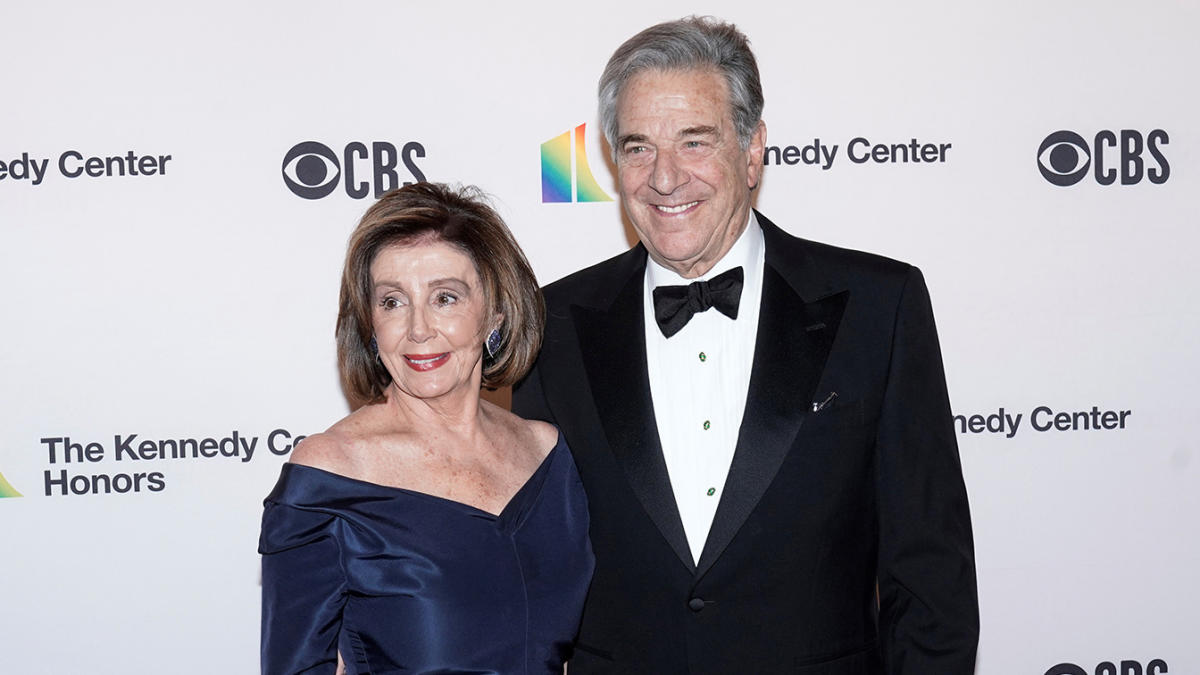 House Speaker Nancy Pelosi’s husband, Paul, was “violently assaulted” with a hammer in their San Francisco home early Friday morning by a man who was reportedly looking for her.

At a press conference, San Francisco Police Chief William Scott said officers were dispatched to the Pelosi home at approximately 2:27 a.m. local time. When they arrived, they observed Paul Pelosi, 82, and the suspect, identified as David Depape, struggling to gain control over a hammer.

“The suspect pulled the hammer away from Mr. Pelosi and violently assaulted him with it,” Scott said. “Our officers immediately tackled the suspect, disarmed him, took him into custody, requested emergency backup and rendered medical aid.”

Both Pelosi and Depape were taken to a hospital. Depape was then arrested and will be charged with attempted homicide, assault with a deadly weapon, elder abuse, burglary and several other felonies, Scott said.

The motive for the attack “is still being determined,” Scott added.

Police did not take questions, leaving confusion over the timetable of both the break-in, the attack and response, and details on when authorities were alerted.

A law enforcement source familiar with Nancy Pelosi’s security arrangements told Yahoo News that Paul Pelosi only has a security detail when he is with her, but that “there is an alarm system” in the home. Local police occasionally drive by, but there is no security detail for the house. Two sources said the incident is being looked at as suspected domestic terrorism based on “ideological comments the suspect made to law enforcement.”

Pelosi “suffered blunt force trauma to his head and body and was being treated by doctors for bruising, severe swelling and other injuries,” the Associated Press reported.

“Early this morning, an assailant broke into the Pelosi residence in San Francisco and violently assaulted Mr. Pelosi,” Drew Hammill, spokesman for Nancy Pelosi, said in a statement released earlier on Friday. “Mr. Pelosi was taken to the hospital, where he is receiving excellent medical care and is expected to make a full recovery.”

Nancy Pelosi was in Washington, D.C., at the time of the incident.

“The Speaker and her family are grateful to the first responders and medical professionals involved, and request privacy at this time,” Hammill added.

The U.S. Capitol Police said it was assisting the FBI and the San Francisco Police Department in their investigation.

“Special Agents with the USCP’s California Field Office quickly arrived on scene, while a team of investigators from the Department’s Threat Assessment Section was simultaneously dispatched from the East Coast to assist the FBI and the San Francisco Police with a joint investigation,” the USCP said in a statement.

​​Lawmakers in both parties have seen a rise in threats and intimidation amid violent political rhetoric that has led to in-person confrontations since the Jan. 6, 2021, attack on the U.S. Capitol.

Nancy Pelosi has been featured prominently in Republican attack ads leading into next month’s midterm elections and is a regular target in right-wing media. Last year, House Minority Leader Kevin McCarthy, R-Calif., said that “it will be hard not to hit” Pelosi with the speaker’s gavel if he takes over the position in 2023.

In 2019, the National Rifle Association’s American Rifleman magazine included a photo of the House speaker next to the headline “Target Practice.” Video taken during the Jan. 6 takeover of the Capitol by supporters of then-President Donald Trump shows rioters seeking Pelosi, with one shouting, “Where are you, Nancy? We’re looking for you,” and then singing, “Nancy? Oh, Nancy?” Some of the insurrectionists took over Pelosi’s office, with one, Richard Barnett of Arkansas, posing with his feet on a desk.

One of the counterterrorism officials told Yahoo News they’re “still reviewing [the attacker’s] social media and online footprint, but I can tell you now the suspect appears to have promoted a range of conspiracy theories. Some of these are videos initially posted by the ‘MyPillow Guy’ Mike Lindell, or by others.”

President Biden “is praying for Paul Pelosi and for Speaker Pelosi’s whole family,” according to a statement released by White House press secretary Karine Jean-Pierre.

Biden called Nancy Pelosi on Friday morning “to express his support” and is “very glad that a full recovery is expected.”

“The president continues to condemn all violence, and asks that the family’s desire for privacy be respected,” Jean-Pierre said.

“What happened to Paul Pelosi was a dastardly act,” Senate Majority Leader Chuck Schumer said in a statement. “I spoke with Speaker Pelosi earlier this morning and conveyed my deepest concern and heartfelt wishes to her husband and their family, and I wish him a speedy recovery.”

“Horrified and disgusted by the reports that Paul Pelosi was assaulted in his and Speaker Pelosi’s home last night,” Senate Minority Leader Mitch McConnell tweeted. “Grateful to hear that Paul is on track to make a full recovery and that law enforcement including our stellar Capitol Police are on the case.”

The Pelosi residence, located in the affluent neighborhood of Pacific Heights, has previously been a target of vandalism. Last year, their garage door was painted with graffiti, and unidentified suspects “left a pig’s head on the sidewalk,” San Francisco police said.

Paul Pelosi was arrested on suspicion of DUI following a two-car crash in California’s wine country in May. In August, he pleaded guilty to misdemeanor drunk-driving charges and was sentenced to five days in jail and three years of probation.