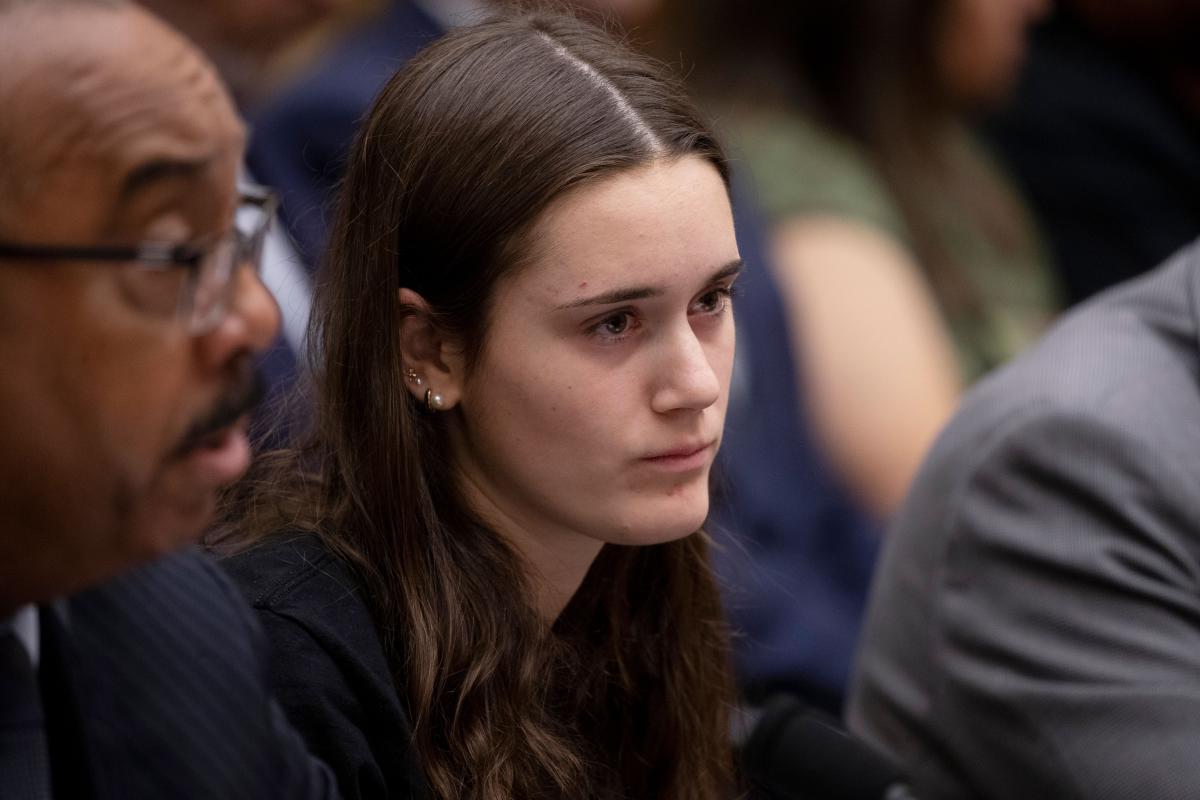 A day after the nation marked the 10th anniversary of the shooting at Sandy Hook Elementary School, a survivor of the massacre was on Capitol Hill, urging lawmakers to pass more gun laws to prevent such mass killings.

Nicole Melchionno — who was a second grader at Sandy Hook Elementary on Dec. 14, 2012 — testified Thursday at a House Judiciary subcommittee hearing on gun violence about her experience huddled inside her classroom as a gunman armed with an AR-15-style rifle fired 154 bullets in less than five minutes.

“I was sitting on the carpet with my classmates waiting for my teacher to give us directions for the day,” Melchionno recalled. “And we heard what sounded like large metal pans being smashed together.”

As the gunshots continued to ring through the hallways, Melchionno said her teacher pulled over a desk and “grabbed a book to try and read to us so we could calm down.”

“As she was reading, she began to heavily shake and I knew we were in danger,” she said. “At this point I felt a strong sense of nausea come over me as I thought I would be the first to die if the gunman got into our classroom.”

The class was evacuated by police to the firehouse, where parents could be reunited with their children.

“The firehouse was chaotic and everyone was running around yelling,” Melchionno said.

“How do we continue to allow this?” Melchionno asked the committee. “I have grown up in a world where the unimaginable happens over and over again.”

While the motives may be different in each mass shooting, she said, the “cold grip of gun violence has touched far too many lives and has no boundaries.”

In the aftermath of the shooting in Newtown, Congress failed to pass gun legislation, as the National Rifle Association and other special interest groups successfully lobbied against reforms.

But in June, following the shootings in Buffalo and Uvalde, Congress passed bipartisan legislation that bolstered mental health programs and closed the so-called boyfriend loophole, under which unmarried people convicted of domestic abuse could still obtain weapons. But the package stopped short of other measures gun control activists like Melchionno have called for.

In her testimony, Melchionno urged Congress to ban assault weapons like the ones used in Newtown, Buffalo and Uvalde; pass a federal safe storage law for all gun owners; enact red-flag laws; and create universal background checks.

“Our lawmakers have not taken bold, lifesaving, crucial action to protect what the majority of Americans believe in, which is common-sense gun safety measures,” Melchionno said. “I am here today to beg you to please do everything in your power to enact measures that prevent everything you care about being lost within seconds.